New Pension Changes to Increase the Number of IVA

New Pension Changes to Increase the Number of IVA’s? 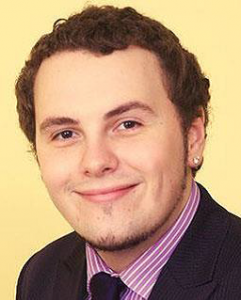 Following on from the announcement of the new Pension Freedom we find ourselves less than two weeks away from the commencement of the changes outlined in last year’s budget.

From 6th April 2015 anyone over the age of 55 will be able to withdraw their entire retirement fund as cash and access it freely, much like a bank account.

Another recent factor which may affect people’s choices when considering their options as regards to any debt or financial worries is the case Raithatha -v- Williamson which also discusses whether a bankrupt should be forced to draw down on their pension if they are able to.

In addition to the above case law there is Horton-v-Henry which further discusses the pension fund of an individual in bankruptcy. The decision in this case decided not to follow the judges reasoning in Raithatha -v- Williamson and disagreed with the judge’s decision.

Whilst the two case laws will divide opinion on whether or not a bankrupt should be forced to contribute from a pension fund the new pension changes will ultimately make any debtor think twice before entering into bankruptcy.

In our opinion this will drive the numbers of people entering into an Individual Voluntary Arrangement (IVA) upwards as people will be looking to fully secure the safety of their pension funds.

In an IVA a debtor can choose which assets to include and exclude from the arrangement, albeit by excluding assets it can make it slightly harder to reach agreement with the unsecured creditors. The question will be is a pension fund from which you are able to withdraw funds at any point considered an asset? Arguably yes, but there are still reasons why it should not be considered as such, just because the option is there to do so doesn’t mean that individual debtor has plans to do so and is simply a victim of the changes.

However could we see cunning creditors appending a list of modifications with their proxies, the answer is most probably and will no doubt centre on any lump sums being available. Only time will tell and in 9 days’ time people will be asking this very direct question when receiving advice.

At DCA we offer free initial advice to those looking to enter into a Voluntary Arrangement and can help to propose a fair and manageable arrangement with your creditors.