Brexit: The effect on the economy with the opinions that matter 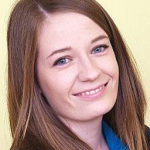 There’s an air of uncertainty as Thursday looms closer and spending any length of time reading about the pros and cons can leave some bewildered and most just wishing the day would come already.

There are many hot topics on the lips of various spokespersons and these include national security, the economy, trade rules, movement of workers, the NHS and, let’s not forget, immigration.

I’ve gathered together opinions of various influential people on the topic relating to how Brexit may affect business in the UK, large or small, and listed them here:

“As an entrepreneur I have been known for taking risks throughout my career but leaving the European Union is not one of the risks I would want the UK to take – not as an investor, not as a father and not as a grandfather. I am deeply concerned about the impact of leaving.”

“I am one of the few business people who can remember how difficult it was before the EU was formed. Setting up a new business was a challenge, I couldn’t move my employees between Britain and Europe without visas, moving goods was hugely complex with high taxes and the hassle of red tape and heavy-handed bureaucracy.”

“I’m saddened to think the UK would ever go back to that time.”

“We have to stay in. It’s ludicrous, I don’t know what these Brexit people are thinking.”

“Let me tell you as a businessman for 50 years, businesses do not want uncertainty. Now granted, the EU is not the perfect place – far from it – but you don’t sort something out by running away from it. You stick at it and you make it better, and you take advantage of what it offers.”

“Scientists know that progress comes from cooperation. By working together in Europe we make our economy stronger, and we give ourselves more influence in the world, and we provide future opportunities for young people.”

Stephanie Flanders, the former economics editor of the BBC who is now at City bank JP Morgan –

“What we get as being a member of the European Union is full access to the biggest market of consumers in the world, over 500 million people and our ability to trade very freely with all of those economies.”

“While ultimately a matter for the British people to decide, it is clear to me that if Britain chooses to be outside of Europe, it will be a significantly less attractive place to do business and to invest.”

“It will be harder to find and recruit the best talent from across the continent; talent which, in turn, creates jobs for local people in the UK. And, it would be harder to raise the investment needed for public goods like new medicines and affordable clean energy solutions, for which we need the scale of collaboration, knowledge sharing and financial backing that the combined strength of the EU provides.”

“I’ve seen first-hand Britain’s strong influence at the negotiating table on numerous global issues and the enormous sway it wields as a powerful member of the European Union in these crucial debates,”

“Europe is stronger with Britain in it; and likewise, Britain is stronger, more prosperous and more influential as a member of the European Union.”

“And everybody is suddenly wrangling about the terrors of the world outside. Actually it would be wonderful”

“It would be a huge weight lifted from British business.”

“I want to campaign for free trade with the EU. That is what we need and what we will get. I want us to be able to trade freely with that zone. But I don’t want us to be subject to more and more top down legislation and regulation. The idea is that we have created a single country, that’s what we are being told. I think most people in this country don’t believe that they are part of a single country called Europe”

“It seems entirely reasonable to me that you could have visa-free travel, as we have with the United States, but still require people to show that they have gainful employment or to prevent people from simply claiming benefits”

Mark Carney, Governor of the Bank of England –

“We’ll be in charge of our own borders”

“We can control immigration”

“We’ll be free to trade with the whole world”

“We can make our own laws”

The Stronger In Campaign says:

“Being able to trade freely across the EU helps UK businesses grow and create jobs, giving you and your family more opportunities & more financial security”

“EU laws protect you in the workplace, meaning no government can scrap your rights”

What are some of the UK’s Newspapers’ backing?

Interest Rate Increase
November 3, 2017
**Case Study** – Scrap Metal Company – Creditors Voluntary Liquidation (CVL)
August 8, 2017
How Do I Know If My Company Is Insolvent?
April 26, 2017
What is a Statutory Demand?
April 18, 2017
New Office!
April 12, 2017
Voluntary vs Compulsory Liquidation
June 1, 2016
Recent Posts
Categories
Archives
Go to Top
This website uses cookies to improve your experience. We'll assume you're ok with this, but you can opt-out if you wish. Cookie settingsACCEPT
Privacy & Cookies Policy