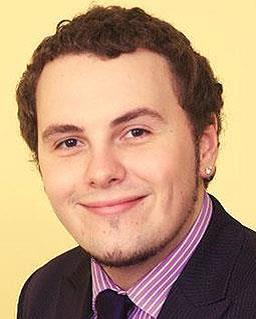 When a company is placed into liquidation, either via a Creditors Voluntary Liquidation or a Compulsory Liquidation, the conduct of the directors will form an integral part of the investigations made by the office holder.

Most directors are not even aware of their duties as a director of a limited company let alone the issues that could arise as a result of them not adhering to these duties. However the liquidator will look to see if any offences have been committed.

The main offences which people will have heard before are Wrongful trading and Fraudulent trading, however these are the most well-known terms used and there are others which can catch directors out. These lesser known offences are:

Fraud In Anticipation Of Winding Up – Section 206 Insolvency Act 1986

The ‘F’ word once again! This section relates to a past or present director of a company, which has been liquidated either via the courts or voluntarily, who has done any of the following within the 12 months prior to the date of liquidation:

It is worth noting that shadow directors are also liable for contravention of this section and any person guilty of these offences is liable for a fine and or imprisonment.

The defence for this section is that there was no intention to conceal, defeat the law or defraud.

This offence arises only when a company is placed into liquidation via the courts or voluntarily and applies to directors of the company and the transaction must have taken place in the 5 year period prior to the winding up.

Again, any person in contravention of this section is liable to a fine and or imprisonment.

The defence for this section is that the director will need to prove that there was no intention to defraud.

A good example of this would be the sale of an asset to a director for considerably less than its value in an attempt to ensure the asset wasn’t available for the general body of creditors in liquidation.

Misconduct In Course Of Winding Up – Section 208 Insolvency Act 1986

When a company is being wound up either via the court or voluntarily, any person who has been a past or present officer of the company (this also includes Shadow directors), commits an offence if he:

A fine and or imprisonment are the punishment.

This section is pretty self-explanatory and applies when either an officer or a contributory (non fully paid up shareholder) of the company destroys, mutilates, alters or falsifies any books, papers or securities belonging to the company.

There must be an intent to defraud or deceived any person.

Again, the punishment is a fine and or imprisonment.

This Statement of Affairs should outline the assets and liabilities of the company and show any movement between the last set of accounts and the date of the winding up.

Whilst preparing this document any past or present officer of the company commits an offence if they make any material omission in this statement. This would include but is not limited to: missing out a large creditor, overvaluing assets, missing out a large debtor or showing a lower creditor figure to make the position look more favourable.

This section also applies to any material omission being made in any statement made by any past or present officer of the company.

The defence and punishments are the same as those mentioned above: intent must be proved and a fine and or imprisonment are likely.

When a company is being wound up, whether by the court or voluntarily, any person, being a past or present officer of the company commits an offence if he makes any false representation or commits any other fraud for the purpose of obtaining the consent of the company’s creditors to an agreement with reference to the company’s affairs or to the winding up.

They are deemed to have committed that offence if, prior to the winding up, he has made any false representation, or committed any other fraud, for that purpose.

This section includes a shadow director and a person guilty of an offence under this section is liable to a fine and or imprisonment.

An example of this would be advising creditors that the asset values were significantly higher than they actually were or making promises to pay to obtain extra goods on credit.

In summary, when considering the word fraud in an Insolvency situation the onus is on the liquidator at first to prove that there was an intention to defraud creditors, which is considerably difficult to prove. However if this point is proved there will generally be no defence available to the directors.

At all initial meetings with clients we discuss the options available and request full disclosure so that we can properly advise on the best route. Sometimes if there is an issue we will advise against a formal insolvency route and we will make you fully aware of any implications which may arise in liquidation.

Meetings are held at one of our regional offices or can be arranged at your location, your client’s office or a place more suitable. Our initial advice meetings are without charge and are completely in confidence and obligation free.

To arrange a meeting please feel free to contact me and I will be more than happy to help.

**Case Study** – Scrap Metal Company – Creditors Voluntary Liquidation (CVL)
August 8, 2017
How Do I Know If My Company Is Insolvent?
April 26, 2017
What is a Statutory Demand?
April 18, 2017
Brexit: The effect on the economy with the opinions that matter
June 20, 2016
Voluntary vs Compulsory Liquidation
June 1, 2016
Sharp Rise in March 2016 Liquidation Figures
May 20, 2016
Recent Posts
Categories
Archives
Go to Top
This website uses cookies to improve your experience. We'll assume you're ok with this, but you can opt-out if you wish. Cookie settingsACCEPT
Privacy & Cookies Policy